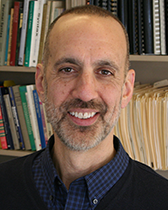 His primary research area is discourse/pragmatics, with specific interests in pragmatic theory, information structure, and reference/anaphora. He has authored over 80 publications (including 4 books) and given over 150 talks and presentations. Recent publications have investigated demonstratives (with Ryan Doran), event anaphora (with Andrew Kehler), functional compositionality (with Betty J. Birner and Jeffrey Kaplan), and the semantics-pragmatics boundary (with a research team). With Birner, he co-authored Information Status and Noncanonical Word Order in English (Benjamins, 1998). With Birner and Rodney Huddleston, he is co-author of ‘Information Packaging’, Chapter 16 of The Cambridge Grammar of the English Language (Cambridge 2002). With Laurence Horn, he is co-editor of Blackwell's The Handbook of Pragmatics (Blackwell 2004), and with Birner, he is co-editor of Drawing the Boundaries of Meaning: Neo-Gricean Studies in Pragmatics and Semantics in Honor of Laurence R. Horn (Benjamins 2006).

In 2004-05, Professor Ward was a Fellow at the Center for Advanced Study in the Behavioral Sciences and from 2004-2007 he served as Secretary-Treasurer of the Linguistic Society of America (LSA). In 2009, Ward was elected a Fellow of the LSA. He currently serves on six editorial boards.