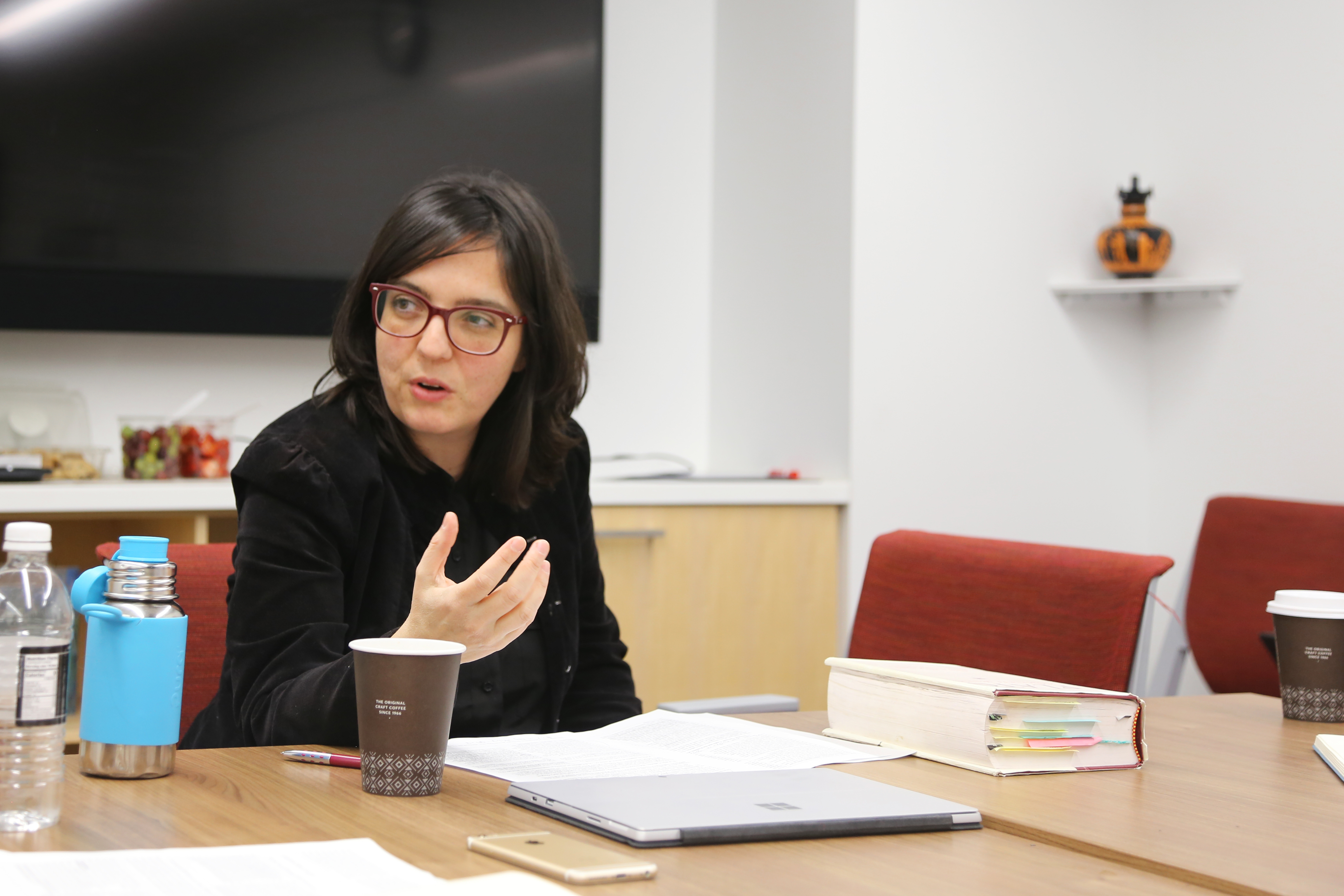 For the 2019-2020 academic year, the Northwestern Ancient Philosophy Workshop emphasized themes in ancient Greek ethics.  In the Fall quarter, we hosted Professor Sukaina Hirji (UPenn).  Dr. Hirji presented work entitled “How Virtue is a Means to Contemplation,” and defended the controversial view that, for Aristotle, the virtues are instrumental goods that enable us to develop intellectual excellences.  In the Winter term, Professor Russell Jones (Oklahoma), talked to us about “The Intellectualist Foundations of Plato’s Republic.” His talk, which presented the central thesis of Professor Jones’ forthcoming book on the Republic, argued that the main question of this cornerstone of political philosophy is why it is always better for the individual person to be just rather than unjust.  Finally, also in the Winter, Professor Marta Jimenez (Emory) argued for Olympiodorus’s attempt to make space for a legitimate kind of rhetoric that escapes Plato’s criticisms to this practice in “Olympiodorus on Rhetoric and Experience in Plato’s Gorgias: A Defense of the Decent Politician.” 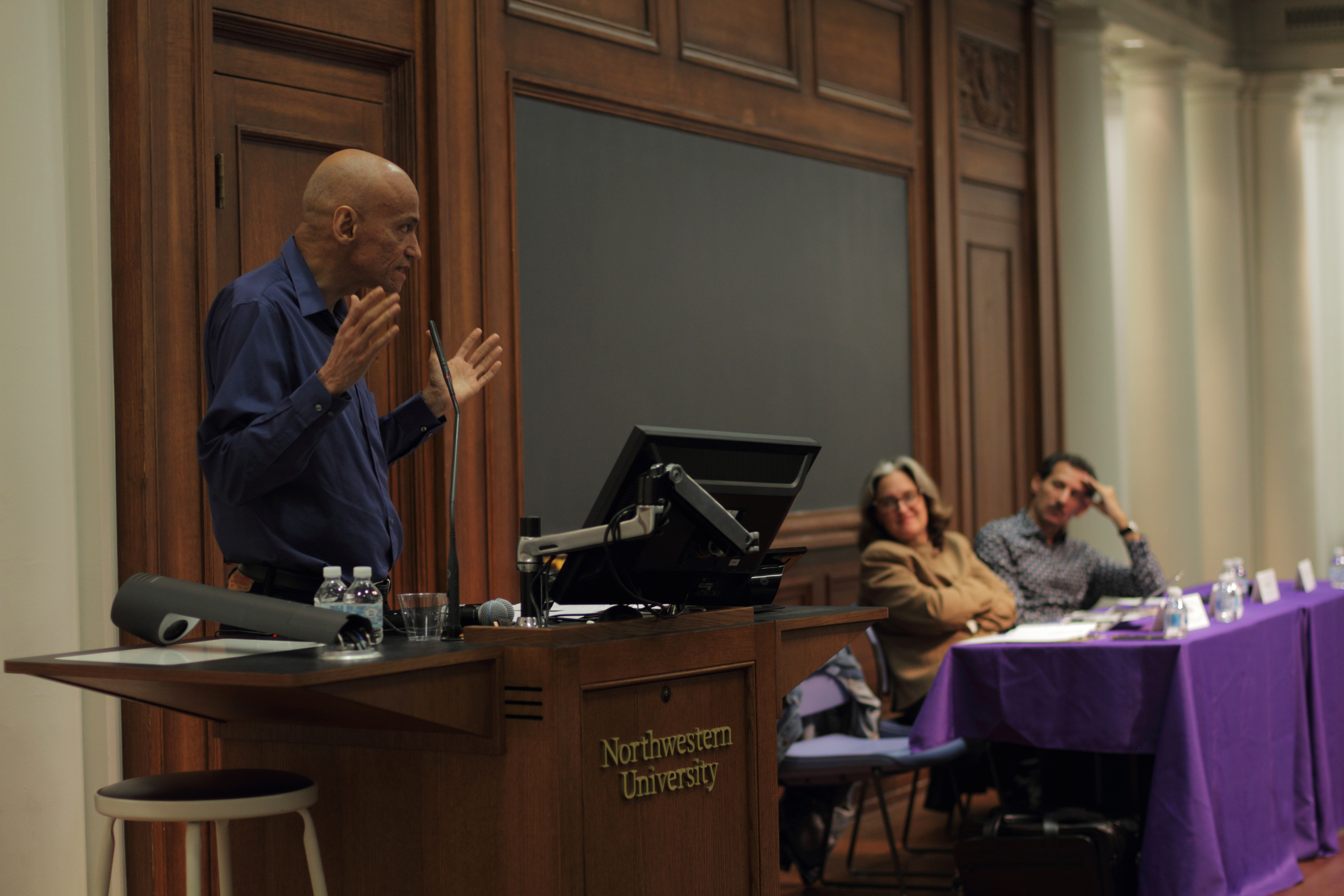 The department of philosophy together with the Center for Global Culture and Communication, the Critical Theory Cluster and other sponsors, hosted the fifth Critical Theory in Critical Times Annual Workshop: A Conversation with Charles Mills on The White Leviathan on November 8th, 2019. This workshop series aims to bring to Northwestern the most distinguished critical theorists who have recently published a major work in the area for an in-depth discussion with experts in the field, interested faculty, and students. In preparation for the workshop a reading group with faculty and students from several departments (philosophy, political science, communication studies, African American studies, etc.) met to discuss Charles Mills’ forthcoming book The White Leviathan. Nonwhite Bodies in the White Body Politic, in which he argues that we need to rethink our conventional understandings of the American body politic, and, correspondingly, the principles of justice for regulating its workings. Recognizing the actual whiteness and coloniality of the Western polity’s time and space is necessary to avoid entrenching them further. At the workshop, four commentators were invited to discuss his work: Lawrence Blum (University of Massachusetts, Boston), Michael Hanchard (University of Pennsylvania), José Medina (philosophy, NU) and Alvin Tillery (political science, NU). We are planning to focus next year’s workshop on Christoff Menke’s Critique of Rights.

The PHling series, which brings together students from several disciplines, including philosophy, linguistics, psychology and cognitive science to discuss topics in linguistics and the philosophy of language, hosted presentations this past fall from Ginger Schultheis (U. Chicago), who delivered a paper entitled, "Informationally Strict Conditionals," and Peter Lasersohn (University of Illinois at Urbana-Champaign), who presented on "Common nouns as modally non-rigid restricted variables." 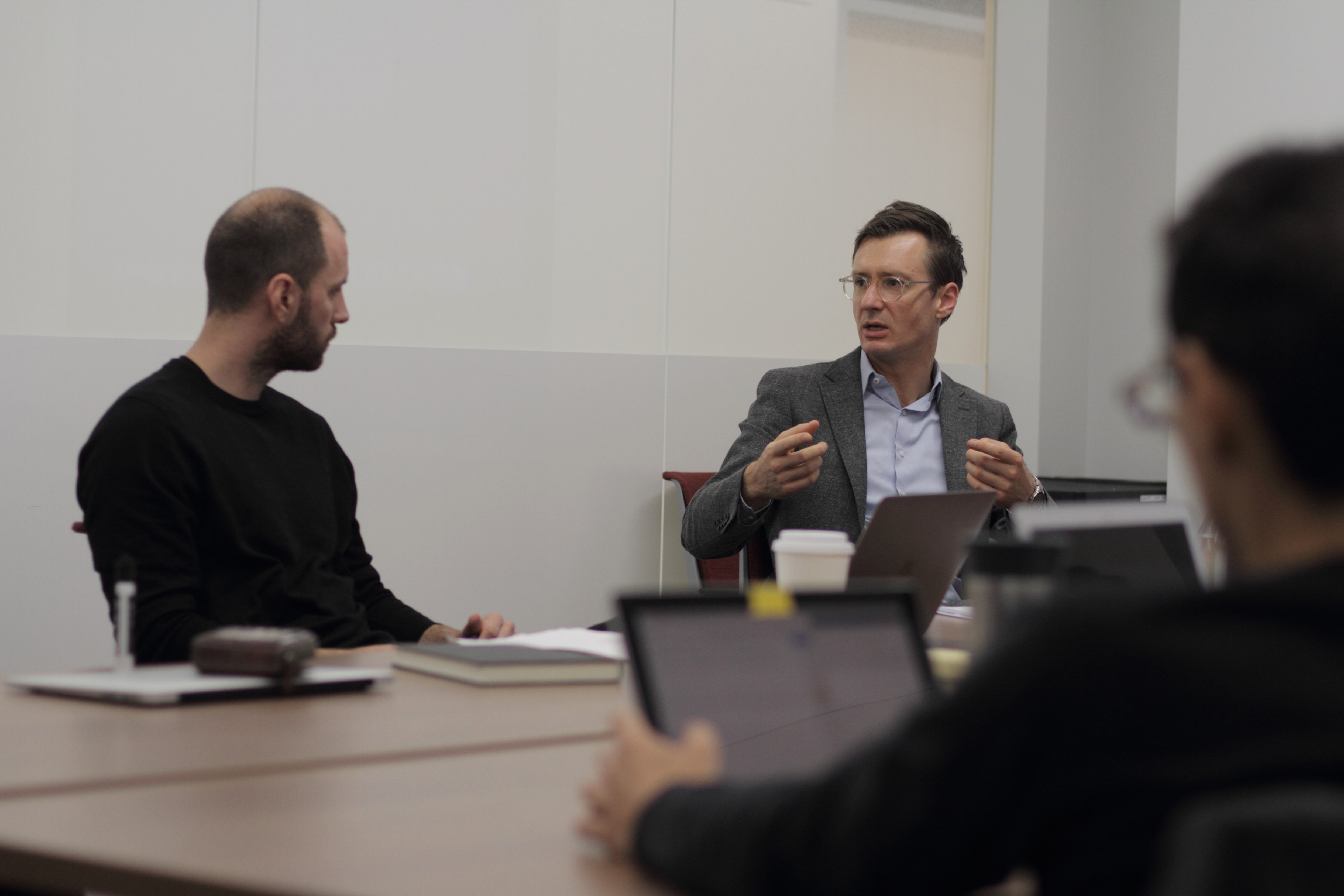 The Practical Philosophy Workshop continued to provide a forum for Northwestern’s philosophy community to engage with innovative work in many areas of practical philosophy. Topics this year included Adorno, psychoanalysis and the Culture Industry, Aristotelian practical knowledge and skill, neoliberalism and Kantian political theory, and Anscombe’s theory of action. Presenters included Todd Hedrick (Michigan State University), Will Small (University of Illinois at Chicago), Chiara Cordelli (University of Chicago), and Anton Ford (University of Chicago). We thank all presenters, faculty, and students for the exciting workshops and the lively discussions!

This year, the Northwestern Undergraduate Philosophy Society met weekly at Evanston’s Celtic Knot to discuss various philosophical topics over french fries (or, as the Knot calls them, chips). Some of the Society’s most lively discussions revolved around topics such as effective altruism, the epistemology of flat-earthers, and the ethics of elections. In November, NUPS held a special “PhilosoFilm” night, where they watched the Disney movie Frozen (and then went to the premiere of Frozen 2!) and discussed the philosophical issues surrounding it, focusing on the role played by gender roles and norms in the movie. Now that classes have moved online, NUPS meets occasionally by Zoom to catch up and talk philosophy. 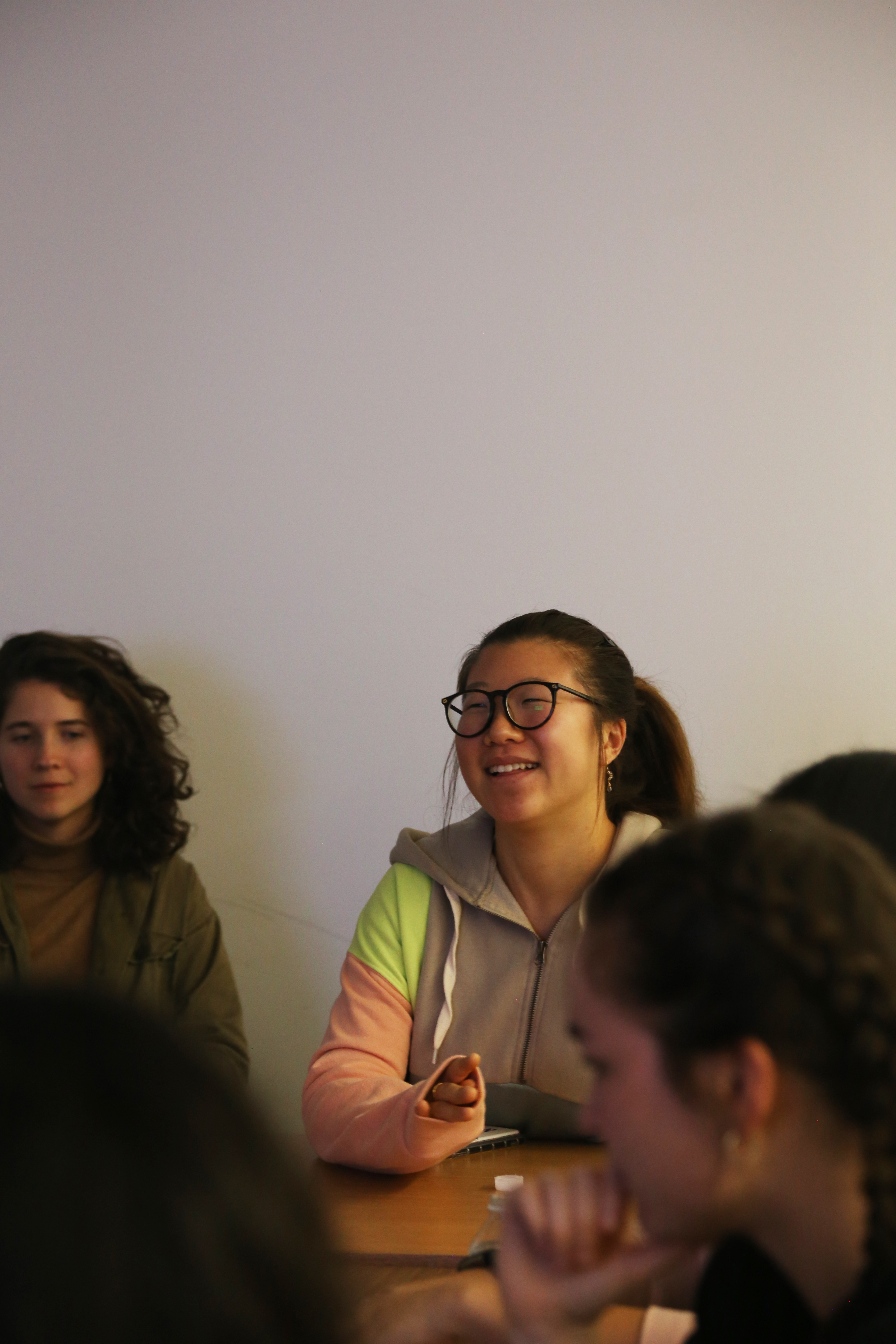 Women in Philosophy (WiPhi), a club for women and non-binary individuals who enjoy all things philosophical, kicked off the year with some delicious Indian food and a brainstorming exercise to see how many female philosophers (excluding our brilliant professors) we could think of.  We hosted bi-weekly meetings featuring snacks and tea to discuss topics that ranged from existentialism to inductive and deductive reasoning.  WiPhi upperclassmen who are majoring/minoring in philosophy offered guidance to fellow female underclassmen considering a philosophy major/minor.  In winter quarter, we met with Christia Mercer, the Gustave M. Berne Professor of Philosophy at Columbia University, during her visit to Northwestern, to talk about identities in philosophy that have been historically less acknowledged, such as women and people of color.  Typically, in the spring we have the privilege to invite a distinguished female philosopher to give a presentation at Northwestern, but unfortunately we had to cancel this year’s Gertrude Bussey Lecture due to COVID-19.  We look forward to bringing you a spectacular lecture next year!