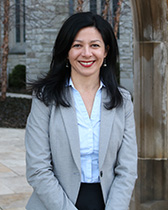 Jennifer Lackey specializes in epistemology, with a particular emphasis on a broad range of issues in social epistemology. Her recent work focuses on false confessions, the criminal justice system, the duty to object, norms of credibility, the epistemic status of punishment, the epistemology of groups, expertise, and the distribution of epistemic goods. She is the author of Learning from Words: Testimony as a Source of Knowledge (2008, Oxford: Oxford University Press) and has co-edited (with Ernest Sosa) The Epistemology of Testimony (2006, Oxford University Press) and (with David Christensen) The Epistemology of Disagreement (2013, Oxford University Press). She has also edited Academic Freedom (2018) and Essays in Collective Epistemology (2014). She is the recipient of the Dr. Martin R. Lebowitz and Eve Lewellis Lebowitz Prize for Philosophical Achievement and Contribution (2014-2015), a Mellon Foundation Grant for a Sawyer Seminar (2014-2015), and a Charles A. Ryskamp Research Fellowship through the American Council of Learned Societies (2007-2008). She is also a winner of the Young Epistemologist Prize (2005). She is Editor-in-Chief of Episteme, Editor of Philosophical Studies, and Subject Editor for the Stanford Encyclopedia of Philosophy.