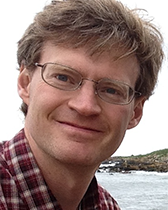 
Publications
One moment, publications loading ... (or view them here)

Abstract. The injective version of Cantor’s theorem appears in full second-order logic as the inconsistency of the abstraction principle, Frege’s Basic Law V (BLV), an inconsistency easily shown using Russell’s paradox. This incompatibility is akin to others—most notably that of a (Dedekind) infinite universe with the Nuisance Principle (NP) discussed by neo-Fregean philosophers of mathematics. This paper uses the Burali-Forti paradox to demonstrate this incompatibility, and another closely related, without appeal to principles related to the axiom of choice—a result hitherto unestablished. It discusses both the general interest of this result, its interest to neo-Fregean philosophy of mathematics, and the potential significance of the Burali-Fortian method of proof.