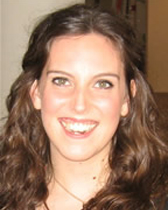 My time studying Philosophy at NU was very rewarding, and fundamental for shaping my future path. While at NU I was introduced to the power of philosophical reasoning for approaching our most difficult societal problems, in the more abstract and practical forms, and for understanding the complexities and intricacies of the human condition. I had the opportunity to take classes that were far reaching in both subject and method, from the philosophy of art to the philosophy of science, from Kant to Putnam, and from analytic to continental. I have come to realize that this approach to philosophical teaching is quite unique to the NU dept, and it helped me to understand the impact that Philosophy can have in its many different approaches. In short, as many as there are questions, so there are philosophical investigations that may be explored.

I chose to study Philosophy and International Studies, and ended up focusing in particular on philosophy of science towards the end of my undergraduate career. I became interested in our moves toward a new naturalistic world view, and how we should frame discussions of our most cherished "human" subjects given this new context. It was these interests that led me to pursue graduate work in Philosophy at the University of Cambridge, via the blessing of a Beinecke and a Gates Cambridge Scholarship. The support of these scholarships has allowed me to pursue a unique PhD project in foundations of Ethics, focused on what we may conclude from the overlapping structure of theoretical and practical deliberation. I am currently trying construct what I call a "positive ethics" which leans on metaethical constructivism, and its possibilities for moral "progress."  I am working on this project with Professor Simon Blackburn and Dr. Hallvard Lillehammer.

My time at Cambridge has also allowed me to be an active participant and leader in the "Gates Scholars Society," bringing some of what I learned at NU about interdisciplinarity and the role that philosophy can play to a series of research programs aimed at realizing this here in Cambridge. Following the PhD I am not sure what the future will hold, but I am prepared to take the academic work I do here into the wider world to make an impact as I know it can, and as I know philosophers may do if they are so minded--in either the academic or more pragmatic spheres. This is a lesson I learned at NU, and I am very grateful for the time I spent there, and the opportunities it has led me to.