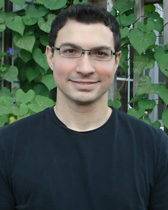 At NU I majored in philosophy with an emphasis on philosophy of mind though in addition to core courses, I took some political theory courses (one with Jurgen Habbermas on trans- or supra-national governance) and Continental philosophy classes (with Kleinberg-Levin - philosophy of history and philosophy of language). I nearly double-majored in psychology with an emphasis on neuroscience and cognitive science (I took one course with Dedre Gentner). In addition to a course on Kant's, "Critique of Pure Reason" I took an independent study course under the guidance of visiting professor Kenneth R. Westphal on the treatment of apperception in contemporary mainstream theories of consciousness (Westphal argues for pragmatic realism from a "trancendental"/world-access perspective). I also took a class with Axel Muller on the philosophy of Hilary Putnam. Mark Sheldon was my adviser.

After graduating from NU in 2005, I threw myself into activism for several years. I founded and chaired the campus outreach arm of an institution now called "Humanity Plus" promoting the "transhumanist movement" - an open biopolitical stance cautiously embracing the potential benefits of allowing people to voluntarily enhance their capabilities through technology, including living longer, healthier lives. I also served for some years as the intern coordinator of the "technoprogressive" (politically progressive and pro-tech) bioethics think-tank, the Institute for Ethics and Emerging Technology (IEET). I had thought I would pursue a career researching neural networks but put off applying during my activist years. Recently, I reassessed my career path and decided to pursue a masters in nursing. Currently, I am taking prerequisite courses at the College of DuPage, where I began my college experience before transferring to NU. At some point in the future I think I would like to transition from nursing into something more directly related to life extension research and development.