Charles and Emma Morrison Professor in the Humanities 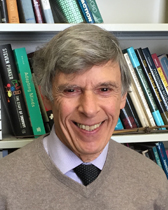 His interests include contemporary moral and political philosophy, as well as the ethics and political thought of Socrates, Plato, and Aristotle. He is the author of The Quality of Life: Aristotle Revised (Oxford: 2018), Against Absolute Goodness (Oxford: 2011), and What is Good and Why: The Ethics of Well-Being (Harvard, 2007). His historical studies include Socrates and the State (Princeton: 1984), Aristotle on the Human Good (Princeton: 1989), Aristotle Politics Books VII and VIII , translation with commentary (Clarendon: 1997), Aristotle: Political Philosophy (Oxford: 2002), and How to Read Plato (Granta: 2008). He is the editor of the Cambridge Companion to Plato (1992), Plato's Republic: Critical Essays(Rowman & Littlefield, 1997), and the Blackwell Guide to Aristotle's Nicomachean Ethics (2006). He served as President of the Central Division of the American Philosophical Association in 1993-4, and has received fellowships from the Guggenheim Foundation, the National Endowment for the Humanities, the American Council of Learned Societies, and the Center for Hellenic Studies. He served from 2002 to 2004 as the Vice-Chair of the Board of Officers of the American Philosophical Association. In 2006 he became a member of the American Academy of Arts and Sciences. He received the Starr Fellowship from Lady Margaret Hall, Oxford University, for 2008-09, and was a Visiting Fellow of Corpus Christi College, Oxford University, in 2016-17.

Essays published in Italian (made available here in the original English):